For this assignment, I worked on an individual piece where I took a photo and photoshopped it to be more of an illustration. To do this, I first changed the filters on the photo by giving it more contrast and shadows. I also made the tone warmer as a start because most paintings have a warmer color. Afterwards, I began using the smudging tool around every details of the piece to get it to look less realistic. I smudged the photo in many directions to get the texture of the paint to come out more, specifically on the tree. I also tried to use a regular brush on Photoshop to create more highlights that were shown because the light direction.
This assignment was almost successful. It was my first time manipulating a realistic photo into being close to a painting. Smudging the photo was a hassle because it was hard to get the photo to look more like a painting; I think the reason is because all the details within the photo. I find that I need to work on smudging the trees more or changing the filters specifically on the trees because they look too realistic. The details were hard to work on, such as the grass. I ended up cropping the photo (photo 2 & 3 are the cropped photos) to make it more unrealistic because the closer look at the details. 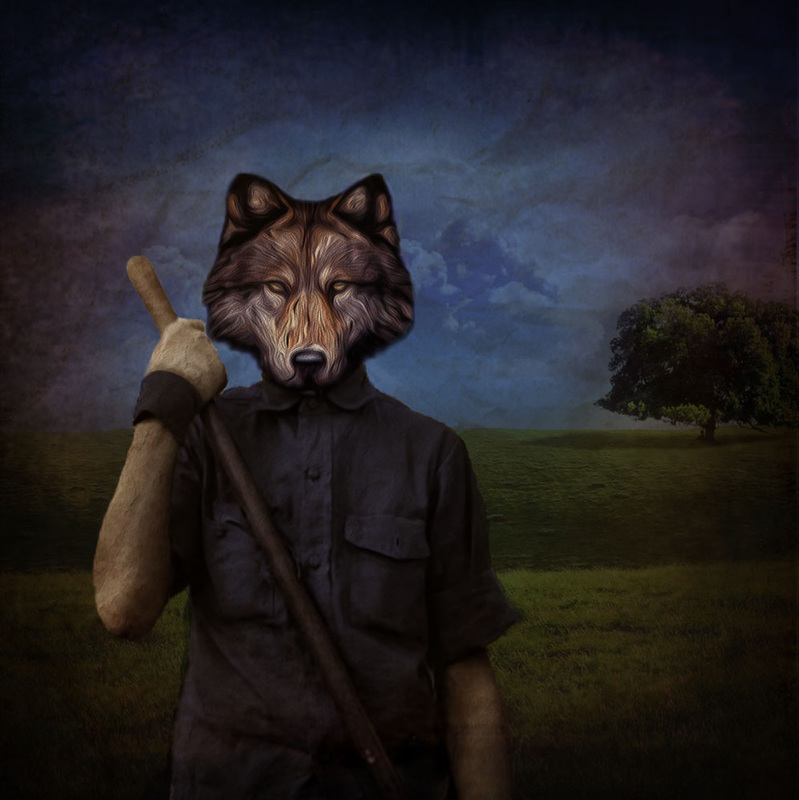 After being introduced to Maggie Taylor, I've decided to tackle her art style and experiment on how to do it. Maggie Taylor uses photography with her point-and-click camera and flatbed scanner, then photoshops a bunch of different objects together to create a more semi-realistic dreamlike photo. Maggie would sit outside for hours taking different shots of random objects with a more 19th century look, and proceeded to photoshopping her images together to create a more illustrated look.
This is the first collage I made to experiment with her style. I was going to take my own photos, however I thought I should start with learning how she puts her images together first, so I picked a theme, "The Boy Who Cried Wolf," and used photos on the internet. I learned that Maggie would use light, yet dull kind of pastel colors, so the first thing I did was to adjust the background colors. Maggie also uses 19th century images and style, so I used a cut out of a farmer boy from the 19th century. Another thing I did to match with her style was adding the wolf head to the photo and smudged it to look less realistic. To add to Maggie's style, I had to photoshop my collage to have a more crumpled paper look and add a vignette effect around the borders. I also tried to make it seem more like a watercolor or pastel piece because Maggie said she wanted that kind of texture, however I think it could have been done better if I dulled out the colors more. I think adding the vignette and paper texture really was one of the key points to having my photo look like her style though.
Because this assignment was just to experiment in her style, I'll be doing a new collage next but I'll be using my own photos that I'll try to get to look more 19th century. It'll probably involve a lighter theme using skies because this experimental photo doesn't really have the color palette that Maggie Taylor would usually use.

My museum piece is going to be a digital work where I'll draw several pictures and animate them like a gif file. Right now I only have this sketch of how I'll have my piece. I'm going to illustrate a normal portrait of the girl and have it slowly rot away. And the leaves that are drawn are going to be replaced with fake leaves that I'll buy. 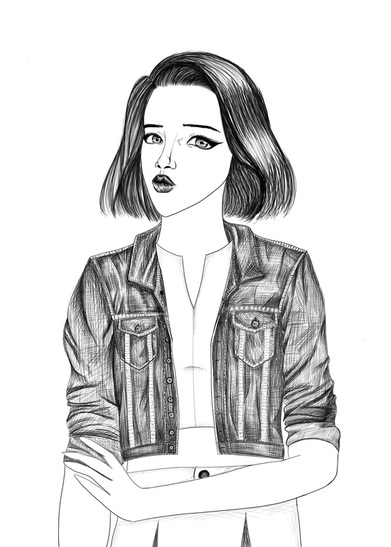 †​"Fresh Flesh, Fresh Flowers" is a digital motion piece. After visiting the Museum of Contemporary Arts San Diego, I've been inspired by Anya Gallaccio's installations with the theme of change/decay, and Brian Bress' video art. I took interest in the decay theme and tried to figure out how I should use it because I don't specialize in installations. While trying to make a 2D piece "decay," I thought about Brian Bress' video art and resorted to making a '.gif'. In regards to my piece, I tried to incorporate fashion into my drawing while exploring a more dark, creepy, and macabre look to emphasize "decay." My piece represents models in fashion and media, as they have a perfect look and always stay young, however underneath the look they've built up, their skin has rotted away. 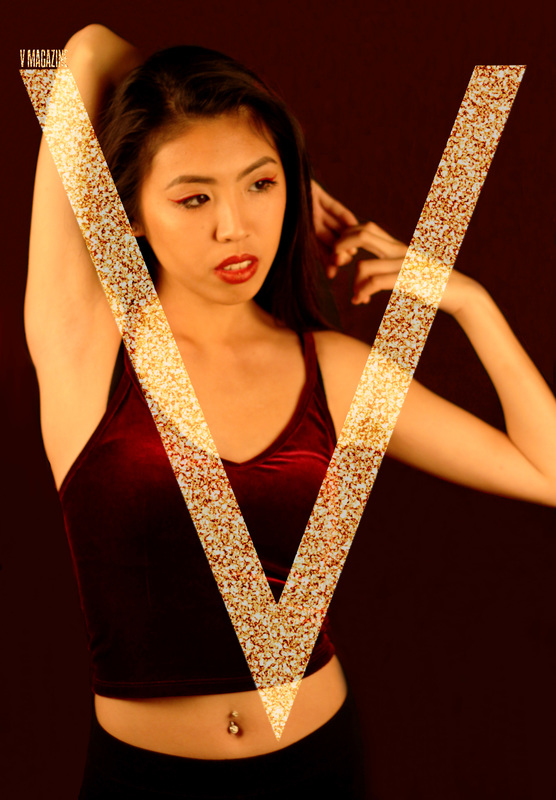